skip to main | skip to sidebar

Having been told from my abstract painting instructor to bring larger canvases to work on the next time, I decided I would bring them with the foundational layers of paint I normally work from. I set up shop on the floor of the porch and laid out 3 purchased canvases ranging in size + 3 pieces from my collection of wooden doors.

It was not long before I had what I thought enough to work from on each of the surfaces.

My largest stretched canvas is 24" x 30". My fingers found it quite different to paint on canvas as they're normally used to the unforgiving wood.

I had pulled out the last 2 pieces of the blue door I had found down an alley in St. Paul years ago. I'm curious to see how this format (primarily that of the frame-like border that goes around) will work with abstraction upon it..... 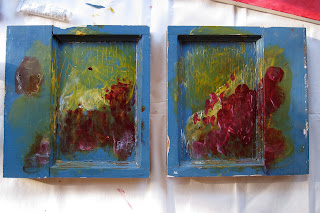 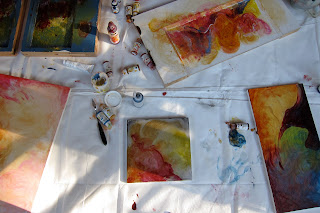 The true test of fun that was had - paint covered fingers and hands! 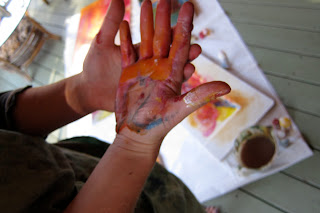 Stay tuned for my next post on Day 2 of my abstract painting class. I'll take these surfaces, now primed with my paint and fingers, and build layers of oil, abstractly of course, upon it all.
Posted by heidi k henderson at 5:29 PM No comments:

I decided to take a painting class, an abstract one, to stretch myself beyond that of my comfort zone.  I also thought it would be perfectly timed after my recent color theory refresher and with my continued desire to loosen up my usually controlled brush stroke.

Not knowing really what to expect, I arrived for my first day of class with the required materials: paint (I chose my oil), brushes, canvas, mineral spirits, paper towels, palette knife etc. I claimed a table and easel and proceeded to set up my work area.


As the canvases I had brought where some I had just lying around my home studio, I hadn't considered the process - really not knowing to. I quickly learned just how quick one can paint an area in, in an abstract way, before it needs to be set aside to dry readying it's self for the next layer.


I also quickly learned there can be love found in a dirty brush! I had no idea that mixing paint, achieving a desired color, can be accomplished by starting out with a brush pigmented from the previously used hue.


As the majority of my classmates, and the instructor herself, primarily painted abstractly in geometric forms, I found myself greatly influenced by these surroundings. I found my organic style finally coming through in my last and final piece of the day, despite its tiny size (4" x 6").

My instructor encouraged me to bring larger canvases the following week so that I would have plenty to keep me busy. I left with my mind all a buzz with what I had learned. Not only was there what I referenced above, but I was also introduced to the idea of scale of color within a piece and how to invite the eye to move throughout. I deemed this first day of class a success! and can't believe I still have 7 more to go (what more could I possibly learn!? (j/k!). Stay tuned, as always.....
Posted by heidi k henderson at 4:34 PM No comments: 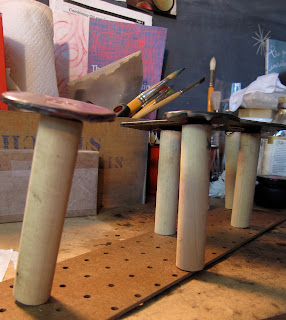 At least that's what comes to my mind when I look at these. I realized I needed a holder of sorts for my encaustic pieces as I worked on them. And so I looked in the garage and found a scrap of peg board (don't you love it when you can turn a scrap into a purposeful idea?!) and some screws. I drilled holes into the bottoms of my round-doweled handles, plugged the peg board holes with screws coming up from the underside, and set my handles down upon them. It's perfect! As the screws aren't permanently attached I can move them around the peg board to accommodate different sizes and quantities      :)

(I use velcro to temporarily attach the handles to the underside of my work in progress.)


Posted by heidi k henderson at 9:14 AM No comments: 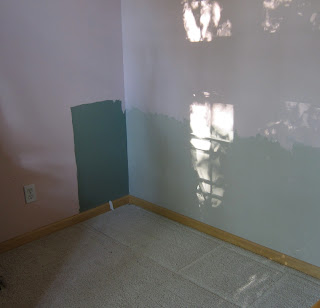 My home studio office was originally my dear husband's office. When I moved in with him 8 years ago, I also slowly moved into (t)his space and have plugged away at making more room for my ideas while gently moving his various photography-office-y stuff out. (Though it may sound like it - fret not - I did not kick him out! and besides he now has an even better office space that wouldn't be if it hadn't been for this slow progression of process.)       :)

There have been 2 very large pieces of furniture in this room that I have been itching to move out. The moons must have been alined the other day because I approached him with the idea (again!) and lo and behold! the so very long cabinet (though awkward, was surprisingly workable in weight) was moved!

And with the movement came the reminder of what the room was colored in awhile ago (as my sister and weren't able to move the cabinet we just painted around it). So this morning I applied the first coat of "Berries and Beans"over the unappealing grey-green and can hardly wait 4 hours to apply the second coat.

I have a plan as the last and final extremely large piece of furniture (my desk) --though it will not leave the room-- will have at least a new position due to the purchase of furniture sliders. I'm excited to move things around making room for more surface space for me to work upon......
Posted by heidi k henderson at 8:59 AM No comments:

Thank you for visiting ~ I am happy you are here :)
I am a painter, pattern designer, gardener, baker and cooker of delicious edibles, observer of fantastic flora and fauna, inspired by texture, form and color, and still in love...... 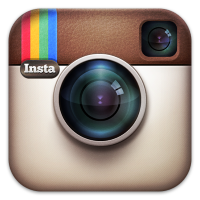 Paintings and Patterns and More! 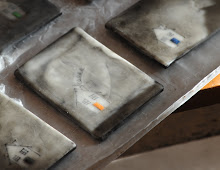 Currently On My Nightstand: